Merry Christmas! We’ve made it yet again to the day we celebrate friends, family, and the birth of Jesus. Whether you are spending today gathered around a tree with your family, driving to visit family and/or friends, or you are in a hotel room as I am we all have something to celebrate today.

And because I’m in such a giving mood this time of year, I’ve decided to go ahead and finally join Instagram. Now you might be thinking, “I already follow you on Instagram…” Well, if you followed the amount that was originally set up for The Weekly Flare, then yes, you do already follow me on Instagram. Since that show ended early this year, the Instagram account has been left in limbo and it was going to stay that way.

That is until last night, when I rescued it from drifting endlessly through cyber-space and revived it under my own name for posting all the pictures I don’t take but think I should. So perhaps, more I’ll take all those pictures and fill your life with all the joy and humor that can only be had by following me on Instagram. 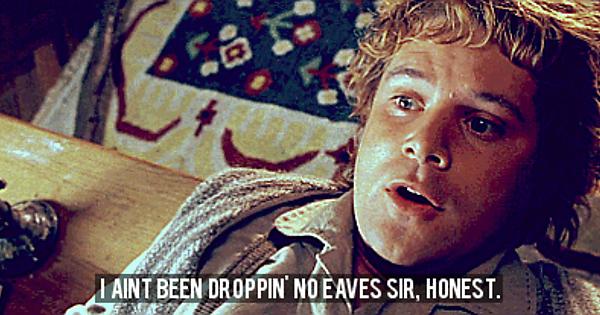 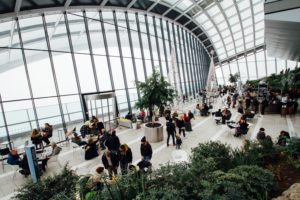 Have you ever been sitting somewhere, just minding your own business and you unintentionally over hear someone’s conversation? I don’t mean if you are out people watching or stop what you are doing with the intention of listening in on someone’s conversation. I mean truly just minding your own business but the conversation is so loud, and the participants are so animated that you, and everyone around you, can’t help but notice?

I remember one such moment while in college. To set the stage, my first year or so in college I really didn’t spend much time on campus, so the fact that I was sitting in the cafeteria when this all took place is amazing in its own right. And then that I wasn’t wearing headphones to block out all the noise is another miracle, but I digress. So, there I was sitting in the cafeteria. I honestly don’t recall what I was doing or why I had decided to eat on campus that day but I do know that the short conversation I heard that afternoon made it all worth it.

So, here is the short, but amazing conversation that took place between three people. As best I could tell the premise of this conversation was this guy and girl explaining to their friend how they met. I could be way off, but for the sake of the story, lets go with that. And so we pick up at the end of the conversation, where for some reason, unknown to me, I suddenly found myself captivated by what was unfolding before me.

Guy: “Its the red hair right?”

Girl: “First time he walked by he kept going so I did this…” *flips hair a couple times* “…Now we talk a lot.”

And then, just as quick as I found myself captured by this brief moment, I no longer could make out any of the conversation and moved on with my day.